On the 28-29 May 1982 the men of 2 Para (2nd. Btn., The Parachute Regiment) attacked the Argentine forces defending a small airfield within striking distance of San Carlos Water, where the British task force had made its amphibious landing just over a week earlier.

2 Para, at the time of the attack numbered a little under 600 officers and men and had the support of three 105mm guns of 29 ‘Commando Battery’, Royal Artillery. 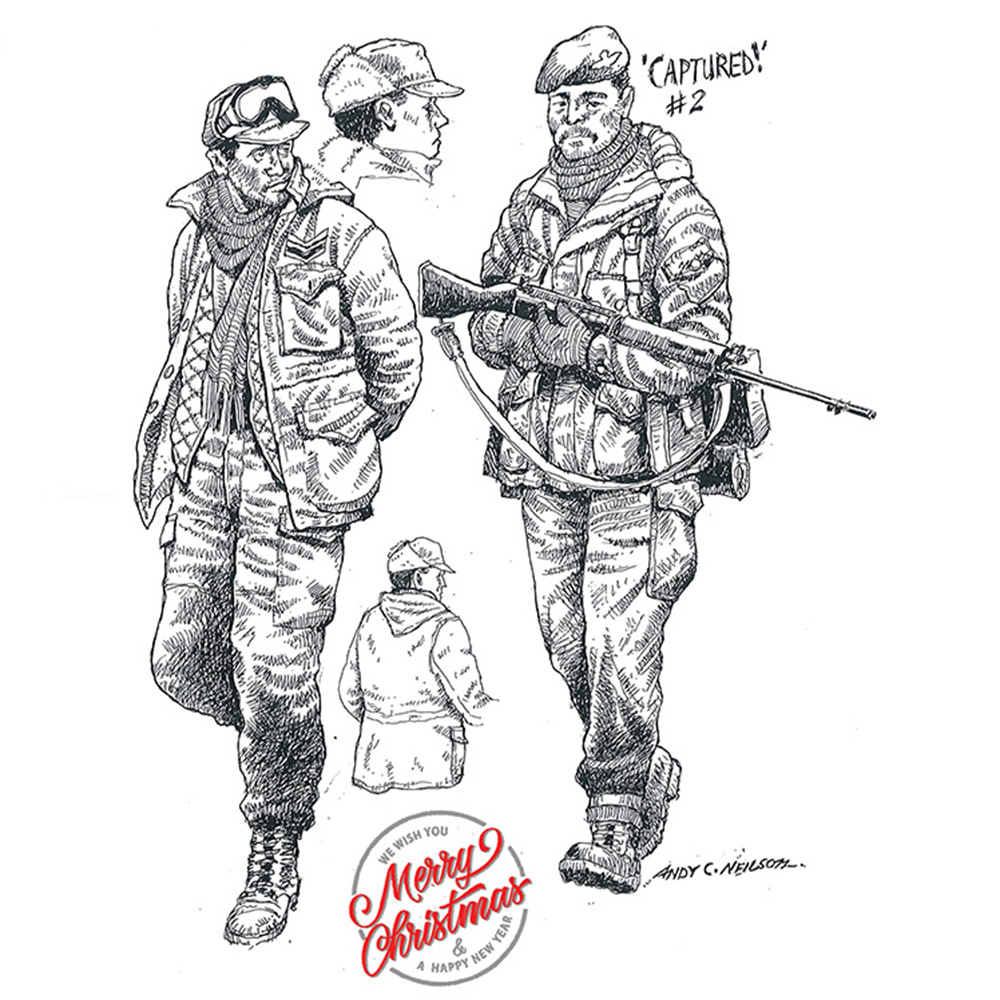 Opposing them were more than 1,000 Argentinean soldiers and airmen with the majority being infantry. Providing their artillery backup were 3 x 105mm field howitzers and a combination of 8 x 20mm and 35mm Anti aircraft guns being used in the ground defence role.

With a well-defended position the Argentinean troops would seem to have the upper hand and managed to stall the British attack for several hours.

After a long and bitter fight the British paratroopers finally triumphed and forced the Argentineans to surrender and the ‘Union Jack’ flew once more over Goose Green. 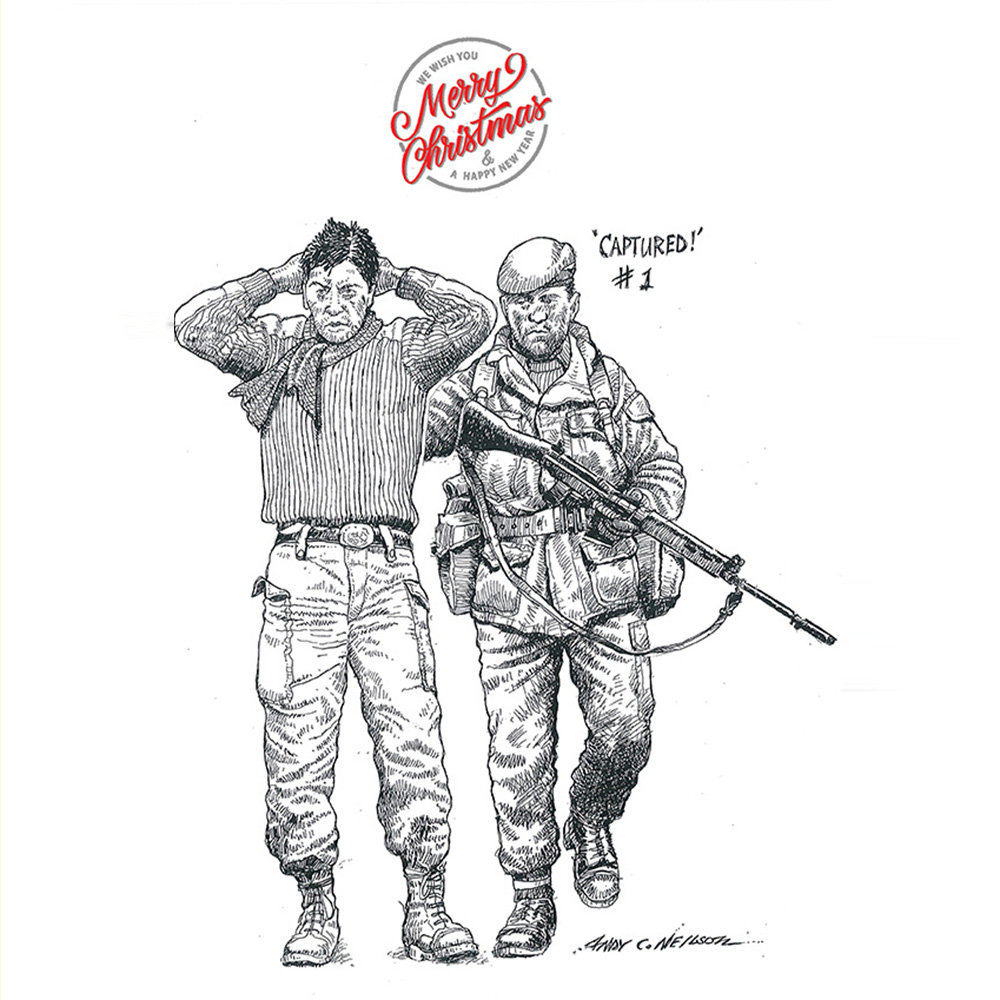 55 Argentines were killed and almost 100 wounded with over 900 being captured.

British losses were 18 killed and 64 wounded, nearly all from 2 Para including their commanding officer, Col. 'H' Jones, who was posthumously awarded the Victoria Cross, Britain's highest gallantry award.

The victory at Goose Green sustained British public support for the war especially after the previous week where 3 British warships had been sunk, as well as the ‘Atlantic Conveyor’ which contained vital helicopters and other supplies and equipment essential for the recapture of Stanley and the remainder of the Falklands.

Among the future releases for this ’Task Force’ series are these 3x ‘Two-Figure Sets’ showing British paratroopers with their defeated Argentinean prisoners-of-war. 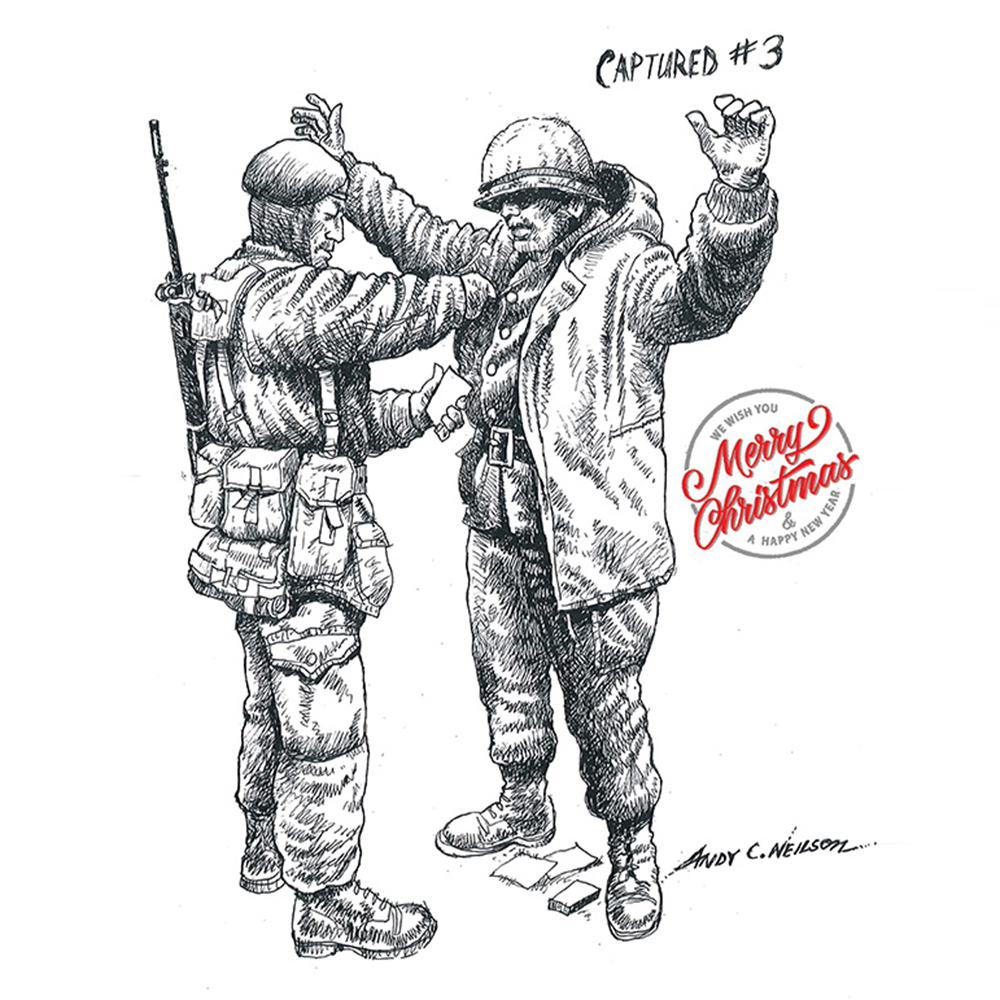