We had to keep this quiet for quite a while, but finally Andy Neilson has decided to send the first picture into the world! Last year I spent quite some time discussion possibilities for this range with Andy and put together a file with information and ideas to look into. Fantastic to see this eventuate in a first sculpt! Looking forward to see where the range leads! Andy had the following to say: "As the weekend begins I thought it would be good to offer you a special preview of a major upcoming series... KOKODA The Long Bloody Trail. The ‘Kokoda Trail Campaign’ was a series of battles fought between July and November 1942 in what was then the Australian Territory of Papua now New Guinea. It was primarily a land battle fought under the most extreme conditions in one of the harshest and most difficult fighting terrains of any to be found in WW2. Thanks to the continued interest and enthusiasm of many K&C collectors around the world and not just in Australia, we have decided to ‘explore’ this amazing campaign in, what I believe, will be a fresh and dramatic way. Here is just a very small taste of what and how we will tackle this exciting subject. All the best and have a great weekend!"" 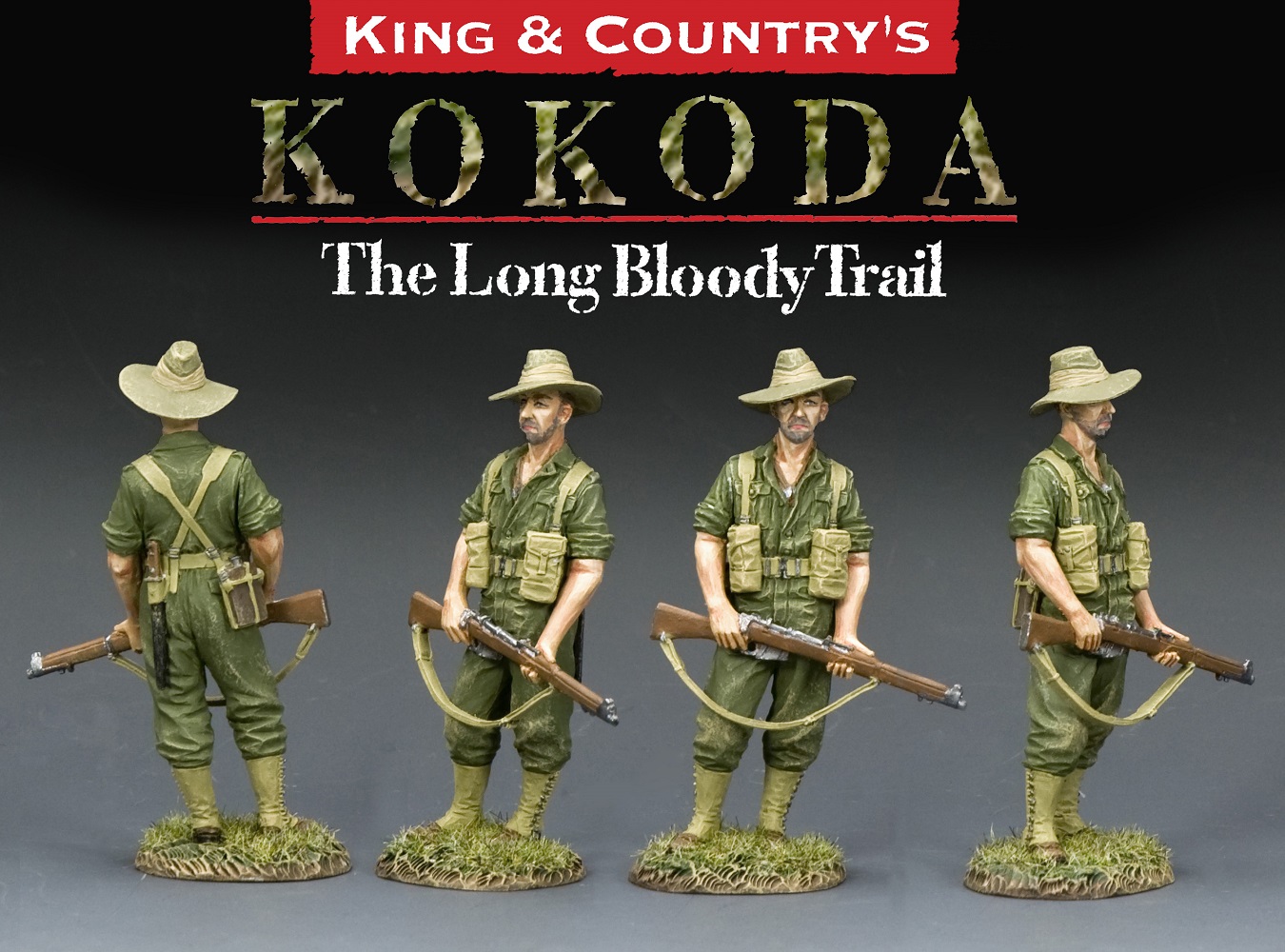