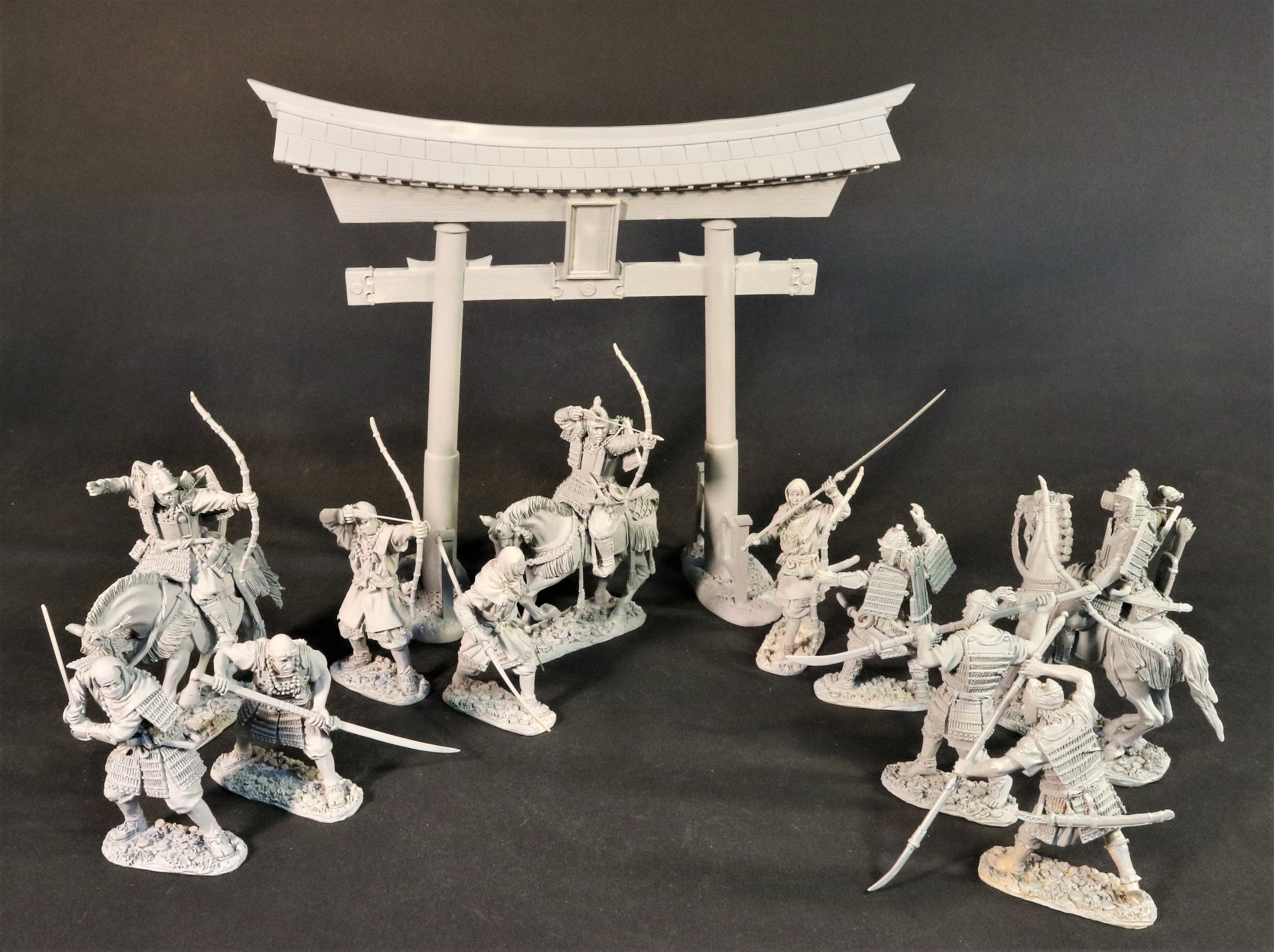 The Gempei War which took place between 1180 and 1185 was a national civil war between the Taira and Minamoto clans during the late Heian period of Japan. It resulted in the downfall of the Taira and the establishment of the Kamakura shogunate under Minamoto no Yoritomo, who appointed himself as Shogun in 1192, governing Japan as a military dictator from the eastern city of Kamakura.

The name Gempei or Genpei comes from the words Minamoto (Gen) and Taira (Hei, which was pronounced as pei)

These two families were fierce rivals, both were ancient families, descended from royalty.

The Heike or Taira had close ties with the court, and were well known as accomplished artists and men of letters as well as great warriors.

The Genji or Minamota were rustics, and each side derided the other for their chosen lifestyles.

Minamoto no kuro Yoshitsune was one of the most famous samurai commanders, not just in the Gempei war, but throughout the whole of Japanese history. He inspired his followers to three celebrated victories that brought the Gempei war to a successful conclusion.

It was said that he was taught sword fighting by the the goblins of the forest, and was famous for defeating the giant monk Benkei, who then became one of his faithful followers. 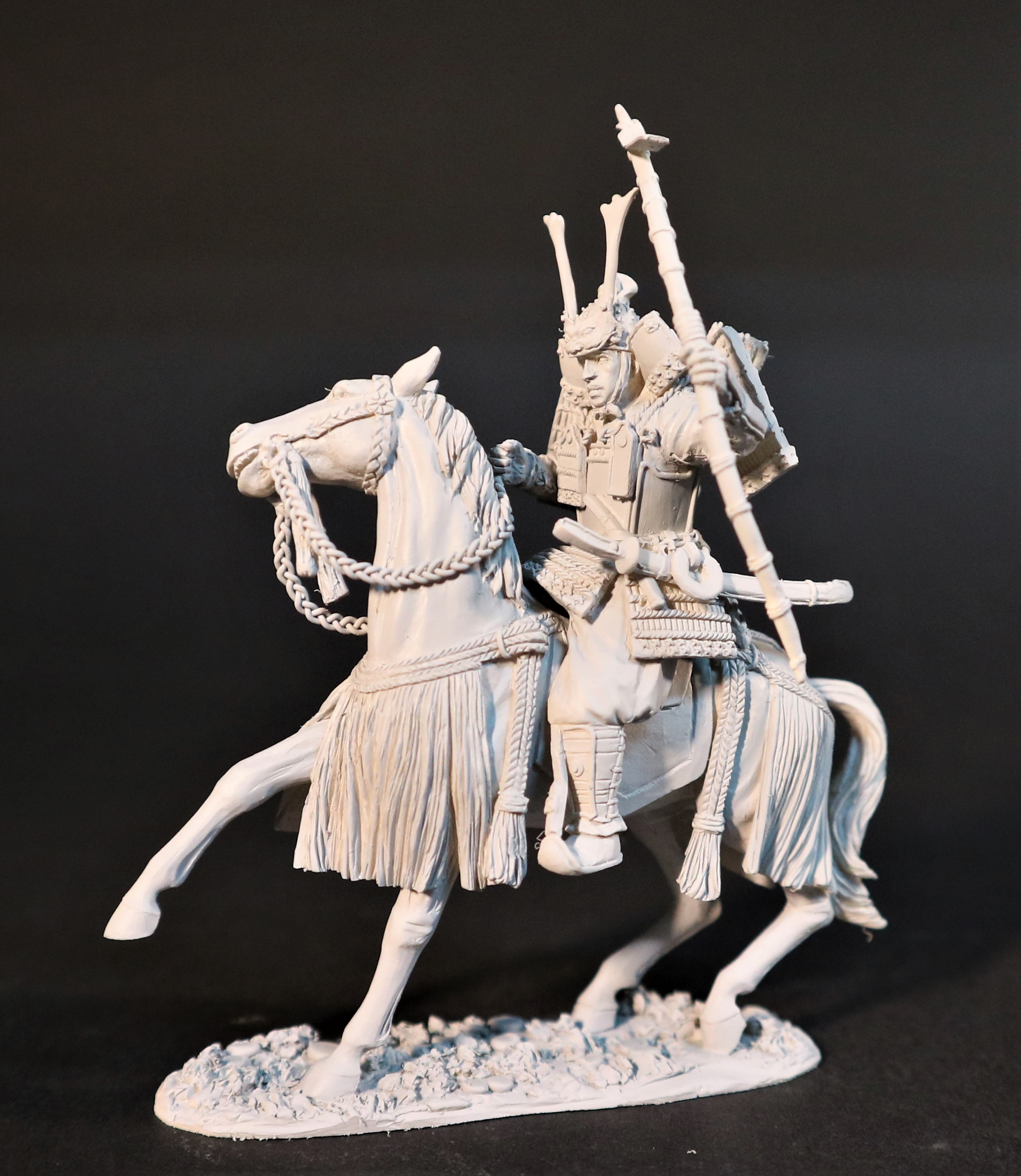 Battlefied control was obviously difficult between two simularilly dressed armies. Flags were carried into battle by foot soldiers or by mounted men who rode alongside the elite samurai mounted archers.

It is generally agreed that the Taira carried red flags and the Minamoto white flags.

These flags were then decorated by mon (badges) attributed to the two families. The Taira clan was associated with the mon of a stylised black butterly, and the Minamota clan with a design based on the gentian plant.

The banners of Red and white would come to mean much the same to Japanese, as the “blue and Grey” would mean to Americans. 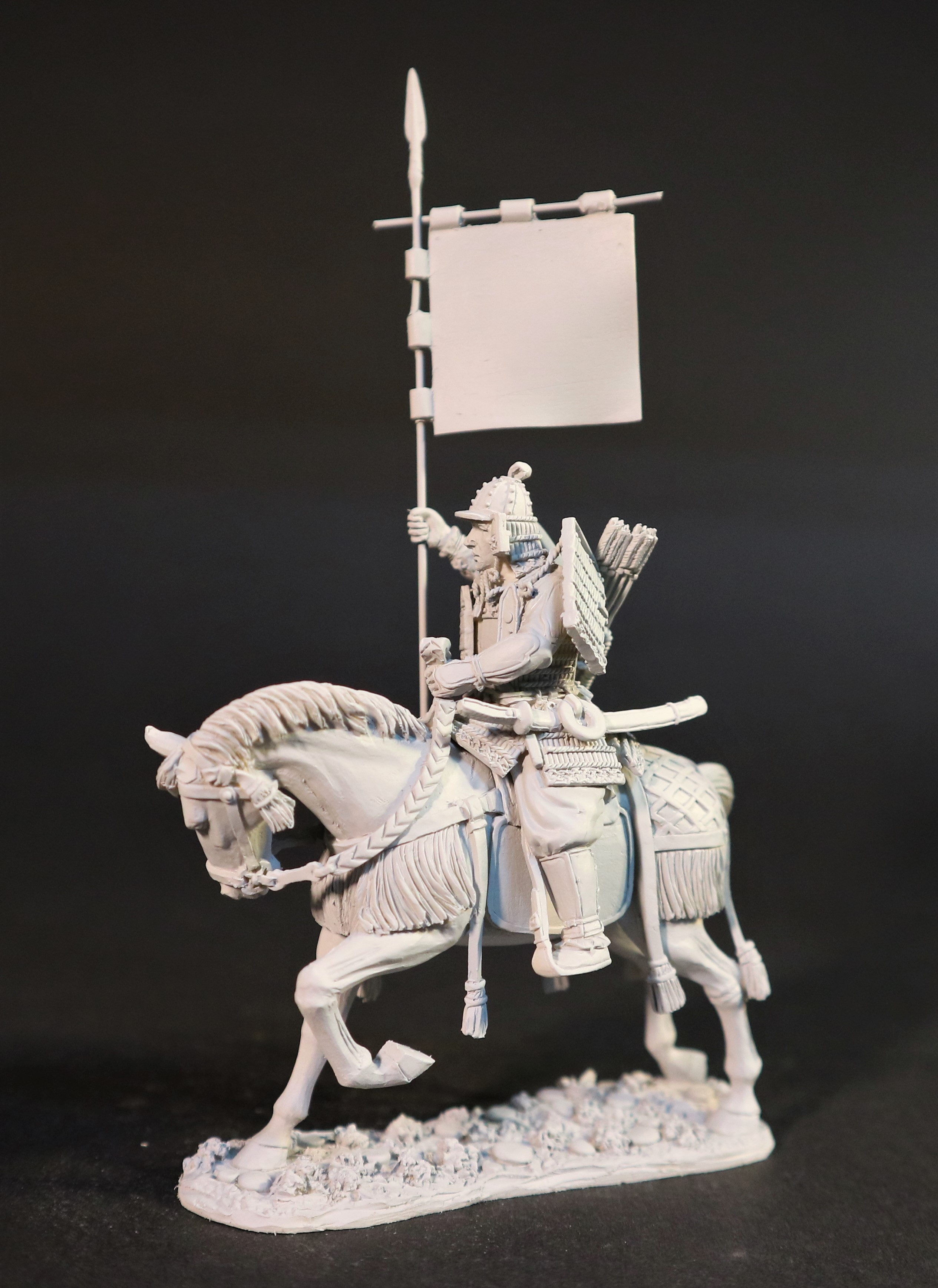 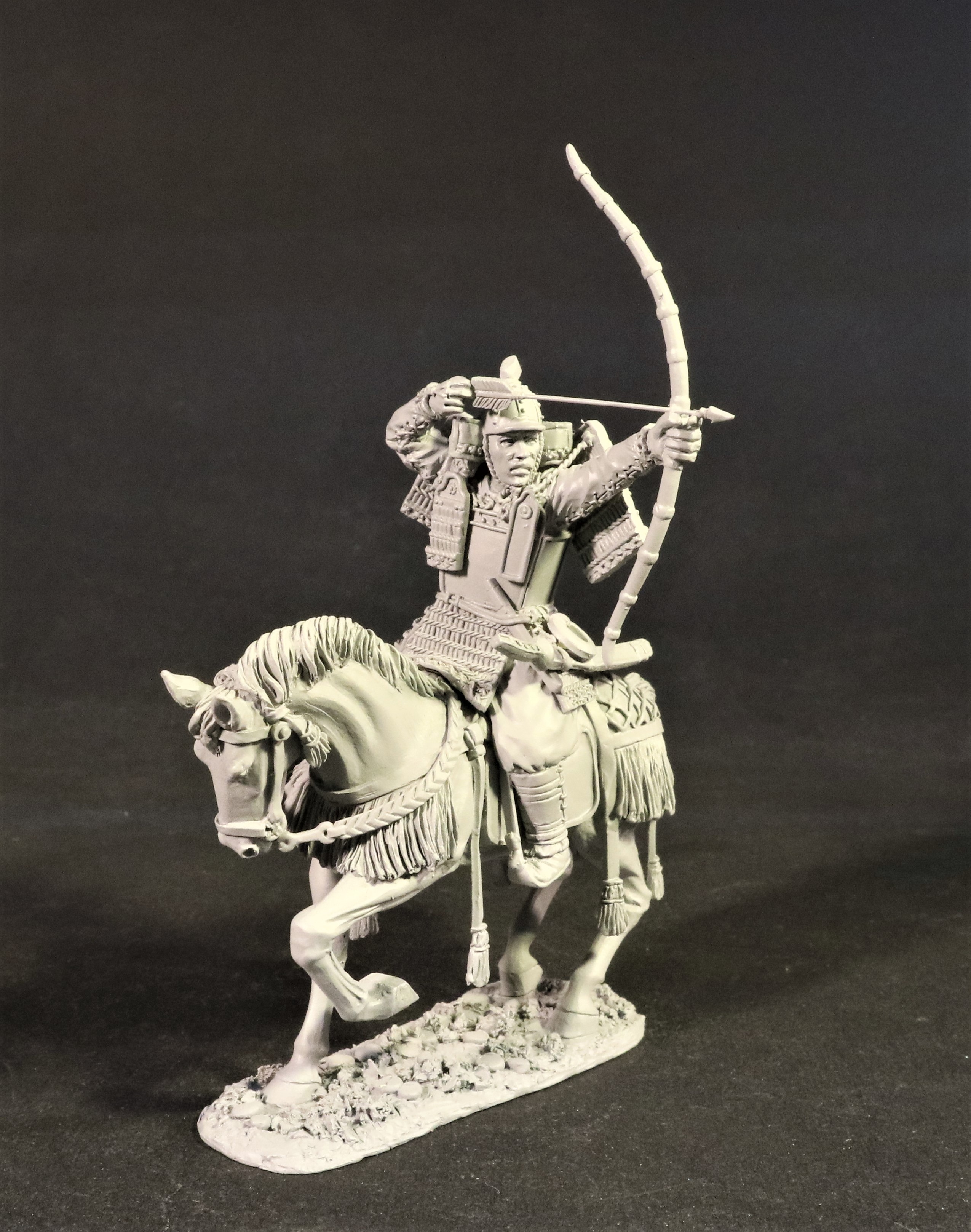 Of all the weapons wielded on the Gempei battlefields, none was more highly regarded than the Yumi, the Japanese longbow. All elite samurai warriors were skilled archers, and were usually mounted.

The essence of the mounted Samurai archer’s role was to be an individual marksman. Every arrow was intended for an honourable opponent. Traditional battles began by the firing of signal arrows high into the air over the enemy lines. Each signal arrow had a large bulblike perforated wooden head, which whistled as it flew through the air. The sound was a call to the gods to draw attention to the great deeds of bravery which were about to be performed by the rival warriors

Individual combats would then be fought, between opponents who sought each other out by issuing verbal challenges that involved reciting their exploits and their pedigrees.

The box like yoroi armour which the samurai elite wore certainly influenced how they were to fight. These silk and lacquered leather scaled armour plates provided good protection for the body, and was not too heavy.

The main disadvantage of the yoroi was not the weight but its rigid box-like design, which restricted the samurai’s movements when he was dismounted or using hand weapons from the saddle.

The first major battle, the battle of Uji Bridge in 1180 the sohei from Todai-ji, which was a pro Minamota temple, engaged a huge force of Heike.

The warrior monks initially played a major role in the Gempei war.The monks favourite weapon seems to have been the naginata, and they wore basic armour under the traditional monk’s robes. 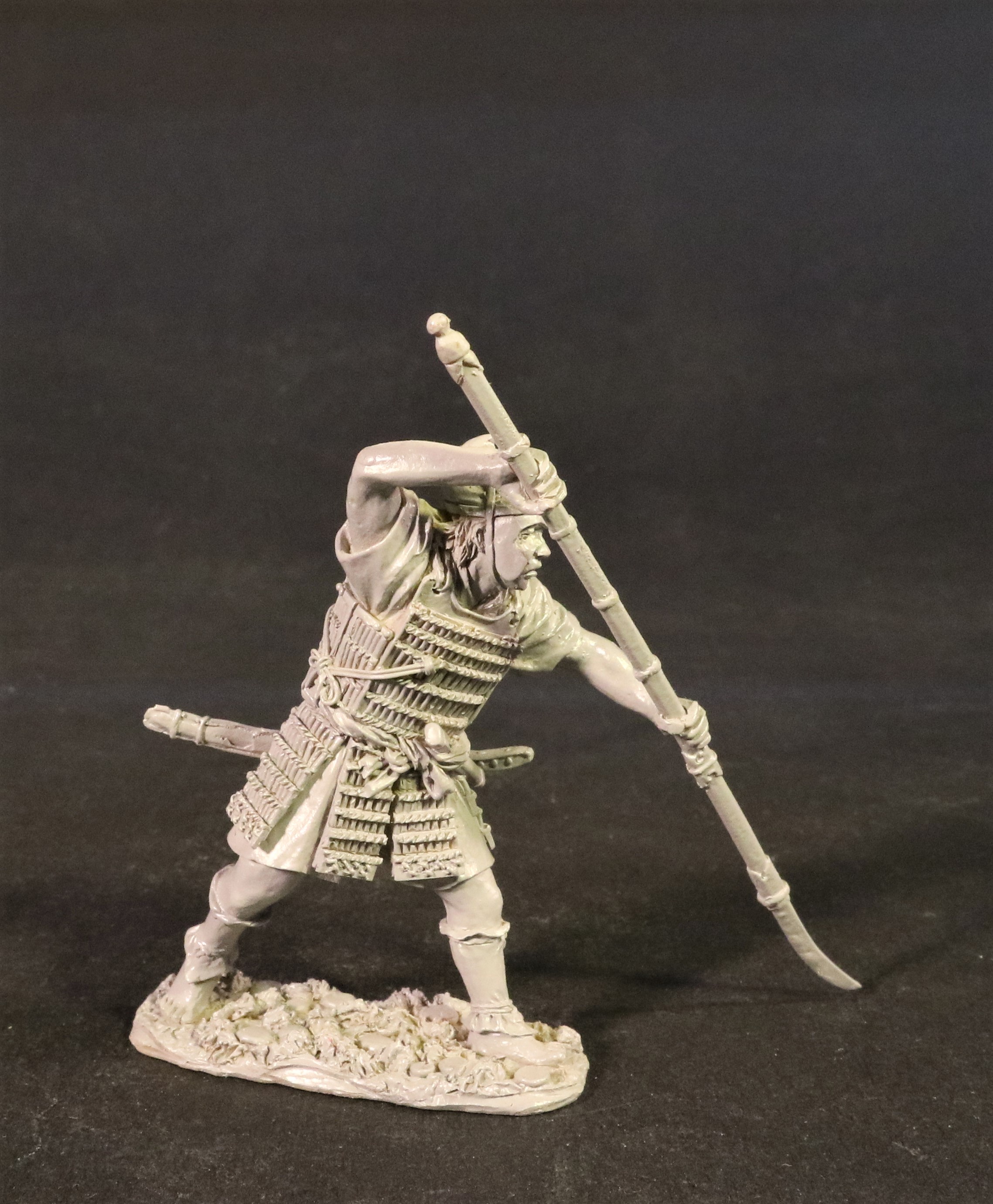 Each Samurai would usually be accompanied by a small group of lighter armoured men.

Retainers or less wealthy samurai often wore a simpler armour, known as a do-maru. This again was laced with treated leather and silk. This type of armour was fairly common in the earlier periods and was one of the cheapest available at the time.

So far reaching were the political and social outcomes of the Gempei War that, of all of Japan’s many internal conflicts, it has come to be seen as THE Japanese civil war.

The two rival clans, the Taira and the Minamoto, clashed in an epic and protracted struggle that defined the ethos of the samurai warrior caste.

It was fought to gain control over the Emperor, which would end with the eclipse of Imperial power as the samurai positioned themselves in the mainstream of Japanese political life, remaining there until the emergence of modern Japan in 1868.

Although the Gempei war can be considered a revolution in terms of its eventual outcome, there was nothing revolutionary about the way the war was conducted. Its strategy, tactics and weaponry were stuck in the technology of samurai warfare that had already been developing since the 11th Century.

This continued and the relatively unchanged visual image of samurai warfare, which was an aristocratic warrior holding a bow, mounted on a horse and dressed in a style of armour known as a yoroi, remained in place at least for another hundred years, including the Mongol Invasion of Japan in 1274 and 1281.

The first of the Gempei War series should be available this summer.